Tao of Jeet Kune Do

The Way of the Intercepting Fist 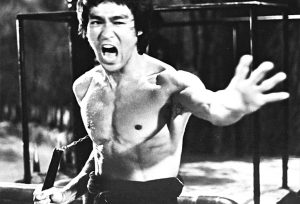 Bruce Lee called his Martial Art, Jeet Kune Do and he was teaching a system with concrete techniques and strategies, yet he also lay the foundation of his methodology under the directive of “Using no Way as Way” and publicly stated that he did not believe in style.

Is it possible to learn the style of no style?

There is an abundance of confusion about Bruce Lee’s fighting method, the source of which derives from two fundamental and opposing ideas:

1. JKD is the established compendium of knowledge that Bruce Lee originally taught and, therefore, is static and cannot change.
2. JKD is an evolving, living martial art engineered to adapt uniquely towards what works best for the individual.

Both statements are true and mutually exclusive, hence the never-ending debate about what the martial is and is not.

The fact of the matter is that Bruce Lee did name his system Jeet Kune Do and made many references to it being a style. We also know that he died unexpectedly without a successor to carry on his methodology. Hence, from a concrete, historical perspective, JKD is the established collection of techniques and strategies that he passed on to his students roughly between 1965 and 1973. This is the period of time generally accepted as being the JKD era.

With this in mind, it is also very clear that the founder’s intention was not for his methods to become dogmatic. The individual is encouraged to evolve, adapt and add to the art what is uniquely his own.

Of course there is a catch.

Confused?  The answer is simple.

Every modified iteration of a subject loses some of the original quality, therefore trying to learn Bruce Lee’s Jeet Kune Do from John Doe’s Jeet Kune Do, is really just a difficult and practically impossible, round about thing to do.

If you want to learn JKD, learn the original body of knowledge that Bruce Lee taught to his various students, now known as Jun Fan Jeet Kune Do. Then, spend a few years developing a solid foundation of skill and application based experience. As you attain certain levels of mastery and intuitive knowledge of the art of combat, begin exploring your own interpretation of Bruce Lee’s living art.

This is real Jeet Kune Do. Self exploration on a combative medium and established foundation of conscious awareness.

For those who want to take the training to it’s greatest potential, pass on the knowledge. Use your base of experience and personal interpretation to help the student, yet maintain the integrity of Bruce Lee’s original teachings. In this way, Bruce Lee’s methods remain intact and his living, catalyzing martial arts philosophy can live on and continue to inspire others in it’s original form. 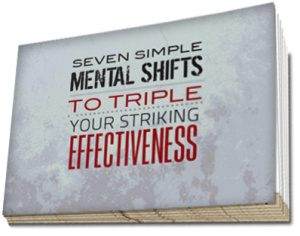